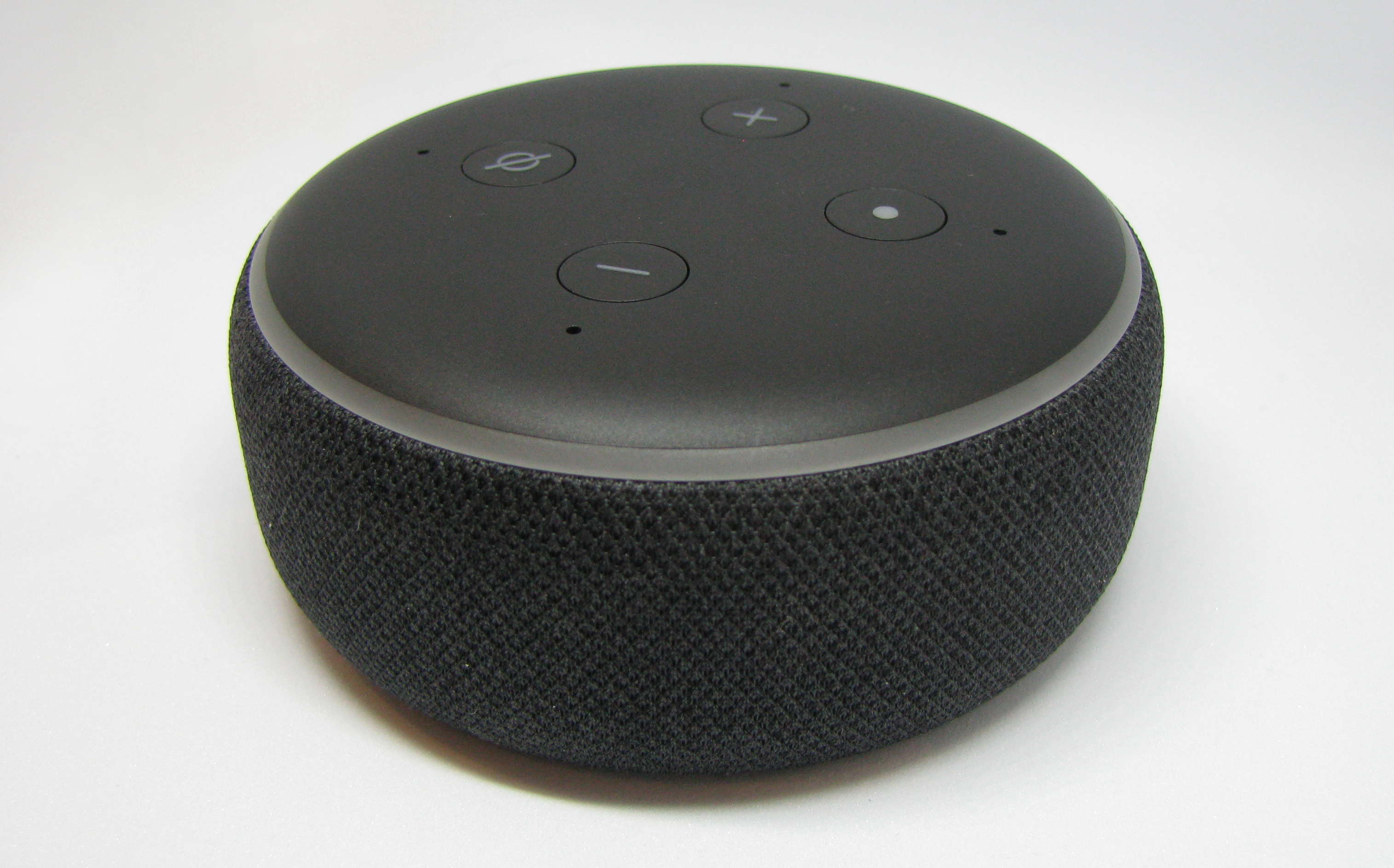 Under Amazon’s Cyber Week I was able to get an Amazon Echo Dot 3rd Generation really cheap (<10$!). I didn’t expect much use of it and bought it mainly to look inside. The device gets shipped together with a 12V / 1.25A power supply. It is specially designed so that it only fits in my power outlets with a spare socket besides it…

The screws are hidden under a rubber layer on the bottom. I was able to remove it without many scratches by pulling it from the side with a screwdriver. It unlocks four screws. After removing them, the top part can be pulled out of the housing. 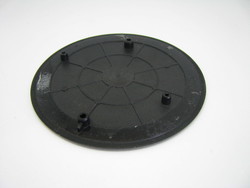 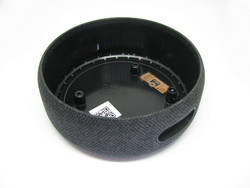 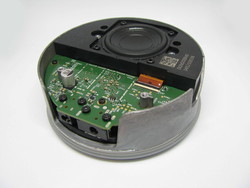 After disconnecting a FPC cable going to the inside and removing three screws, the first PCB can be inspected. Notice that there are four more screws holding the connectors. Those can stay in place. After removing the shielding, there is a Mediatek MT8516 ARM processor and RAM on the first PCB.

The next step is to unscrew the metal structure from the top assembly. Four screws later, we can hold the top in our hands. The plastic case is again fastened by four screws. The second PCB holds a Mediatek MT7658CSN for wifi and bluetooth, the four microphones and ADCs. Even the wifi antenna is visible on the PCB. The other side has the buttons, one with light sensor, another one with LEDs and four openings for the microphones. 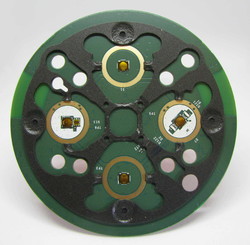 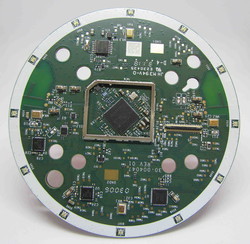 Update 2019-04-14: The part number of the Mediatek MT7658CSN is a rather uncommon version, but after double checking, it is the correct number. 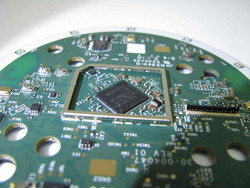